So anyway I think the cats autistic. Great, now it’s contagious. If the dog gets it we’re all screwed. An animal the size of a small pony with the iq of dryer lint obsessively chasing it’s tail and pacing. Yeah awesome. And with those face wrinkles I’d hate to see it flap.

But I digress. I do that a lot you know. Digressing, I digress to avoid reality. I think I owe it some  money for a drink it shouted me in 1998

So the cat is autistic. How can I tell?

I made the cat a nice warm cozy bed by the heater the other night when there was a storm.

I think the cat is autistic for many reasons, he never comes in the front door or the side or back doors, he can only come in the house via the ranch slider. I think it’s because the front door it actually a interplantery space portal that will beam him to the planet Melmac. (yeah I said it!). Either that or it’s the back door into Mordor. Either way all doors are evil except the ones that aren’t. I don’t know why.

Only 3 types of cat food are permitted, cat food must be served in a dish separate to the water dish. The food dish and the water cannot touch each other. If the dishes do touch all food and water is contaminated and the cat will now proceed to starve. THIS VERY SECOND!

The cat also does not play with anything. You can dangle strings,roll marbles, and flicker little lights at it and the cat will just give you the 2 mile stare of doom.

He has no friends. This however could also be attributed to the fact that he has no balls either. Both figuratively and literally I mean come on, he scared of a freakin rug!

He lines all his headless feetless presents of death in a little row.

He pretty much ignores us and refuses to acknowledge our existence  unless he needs something with opposable thumbs to do his bidding for him, at which point he showers us with affection via headbutts and biting

As I write this I have come to the sudden realization that the cat is not in fact autistic. And so therefore hasn’t caught it off me and the kid

He is in fact an asshole.

SOOOOO what does that say about me and the kid then?

A conversation for comedy

So I live with a kid that can’t really talk. Well he kinda can and he kinda can’t. And a teenager who can speak but doesn’t but when he does it comes out welllllll like a teenager would talk I guess.

And then I live with a guy that can’t hear.

Yup Awesome dadda has finally been throughly tested by someone with fancy letters after their name and the outcome is hearing aids in OUR future.

Until then, less than awesome.

Did I mention I have a really short attention span.

Righto back so anyway take 4 people

One can’t talk, one can’t hear, one can’t pay attention long enough and one doesn’t care.

“I didn’t say anything”?

“HUH? I thought you DID”

“you want some glue?”

“what do you want the glue for?”

“hello”? “hi honey did you say you wanted glue before”?

“what? when? what glue? what before no I don’t need any glue why do you”?

“huh? sorry? what? were you calling out?”

“but he has pants on”

“no you’re right boy have fun”

“what did he want”

“we have some yes”

“What’s not fun? Me? Oh I’m sorry did you want to do something fun”

Cue the screaming and headbutting. And that’s just us the great autistic one is in his room munching on pants.

What’s this button do?

So anyway we have the ipad.

It’s pretty cool. Finding suitable apps its a bit of a drama, but as cows can master paragilding so can I master the art of the ipad. I think? Maybe? No. I’m sure. Yeah sure I can. Maybe?

How hard can it be? Even little 7 year old boys with autism can buy and delete apps so surely if he can they I can too.

Yeah I didn’t quite work out the lock delete apps in time.

But we got there in the end and now I can lock him out of deleting apps and and installing apps and spending all my money on Elmo goes potty level 2.

But there is a hitch. One charming talent my enterprising lad has is a photographic memory. Excellent. Yes?

No. Not so excellent, as he’s memorized all our passwords and pin numbers. All of them.

He can log on enter passcodes and change them to his own.

“I am sorry but after 3 attempts you have been locked out. Please phone your nearest service desk in Istanbul at $479.18 a minute. Please remember to have your id ready, you will need to answer 14 secret questions including the first things your dogs, aunt’s, high school maths teachers, best friend had for breakfast in May 1984. DNA encoding will be required and vetting by MI6 is not optional. If you would like to speak to a human please hang up and dial 09823776521142563# you will need your passcode.”

“I’m sorry that passcode is incorrect”

He’s like my own flapping spinning humming phishing scam.

The Search for unintelligent lifeforms

It’s 1am where I am. And as I lie here attempting to discover a new colour scheme for the interior of my eyeballs all I hear is “rummage rummage thump thudthud giggle thud rummage gweem rustle rustle”.

Can’t be. A strapping bunch of lad’s armed with coconuts tripped across that some while back.

Can’t be looking for that there isn’t enough splashing.

With the amount of banging and crashing I am suspecting major construction is involved.

Perhaps he’s building his own not-quite-so-large Hadron Collider out of Thomas tracks and his marble run?

Perhaps he not looking for something but rather re-enacting some great and wonderful event from ages past…………….I dunno like hmmmm The battle of Hastings but with elephants and big bird taking the place of William and his homies, or the Siege of Stalingrad with without the Russians and subsituting Chuck the Tonka truck for Panzers 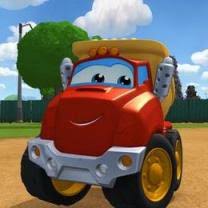 I have not the slightest freakin clue what The Great Autistic one is up to but it’s far more entertaining than anything my eyeball interiors could come up with.

But one thing is for sure.

I’m not going in there.

My name is Tinks not Harold and I ain’t German.

Besides, knowing my luck the bloody rabbit is in there whispering in his ear like some demonic Jiminy Cricket.

But I do know this. If he finds the San Jose, I’m confiscating the loot as compensation for loss of mental function and water stains on the carpet.

Who Knew? Before autism makes life too “Interesting” read this

The great autistic one has taught me so many lessons in life, how to be more patient, more tolerant. To be grateful for the little things. To fight the good fight for those that you love.

But there is a few lesson in life I never knew I needed to learn until I had me a Boo-Bear.

So here’s a few of lifes’ little gems.

May you learn and never repeat my moments of total dumbassery

1-a) Invest in a bulk discount cleaning supplies membership if you do.

2) Lifes problems are fleeting as long as the batteries last.

3) If popcorn can’t solve it, get a dog, they’re better at cleaning up popcorn than vacuums

4) It doesn’t matter how awesome YOU think Nathan Fillion is in a kilt, you will never convince your autistic child of this fact.

7) The total volume of snot produced in a single sneeze by an autistic child with a cold is 38.9% greater than the capacity of the tissues in the house.

A thing of beauty

10) Sex is evil, as is sleep, and watching the opening titles to Star wars. These things are easily censored by extreme humming.

11) There is such a thing as extreme humming. It is annoying. Very annoying.

14) It’s all fun and games until it’s not. You will not be entitled to find this out before is stops being fun

16) Unfinished jigsaw puzzles are an abomination of nature and must be destroyed.

17) If you can’t find the source of the smell do not remove your shoes unless you want to find it with your feet.

18) Blogging about autism is unacceptable and must b